Altitude testing simulates operation or shipment of a product at different altitudes.  These tests typically simulate the low air pressure when operating a product at high altitude locations (for example Mexico City) or shipping a product by air.

Operational and shipping simulations at altitudes below sea level are also common.  However, tests to simulate the high pressures under water are usually referred to as pressure tests or intrusion protection (IP) tests. Similarly, tests at the very low pressures of outer space or near earth space are usually called vacuum tests rather altitude tests.

Altitude testing is usually performed at fixed simulated altitudes, with typical dwell times at each simulated altitude ranging between 1 hour and 1 day.  It is also common to simulate the ramp rates between altitudes that may occur during shipment. Less commonly, very high ramp rate tests are performed to simulate, for example, rapid decompression during an air travel emergency. 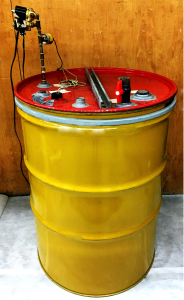 Combining Altitude with Other Tests

Alternatively, high temperature tests of air cooled equipment are sometimes performed without any air pressure reduction, as a lower cost way to simulate the reduced cooling effectiveness of the low density air at high altitudes.

Quest has the specialized capability to perform both stand-alone altitude testing and combined altitude and temperature testing, in order to simulate real-world conditions that your product may endure.

To see our page on combined altitude and vibration testing, click here.

Altitude tests can be performed with either operational or non-operational units and can be done simultaneously with temperature or vibration tests (as referenced in the section above).